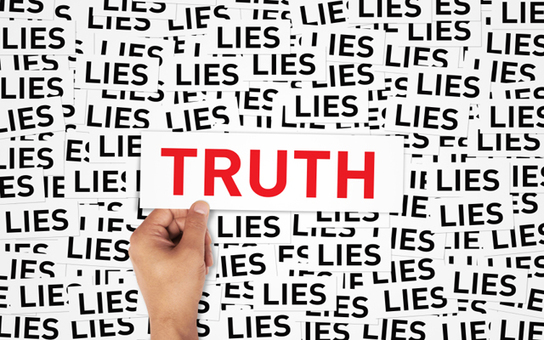 Social media has done a lot of good for the world—it has become a platform to reconnect with friends and family, gives a voice to those who would otherwise not have one, and also helps people spread information to one another. One of the biggest flaws, however, is that social media can also be used to spread misinformation. Many posts often go viral without any background information, mostly in the form of memes and videos, and people are quick to jump on liking and sharing posts without having full knowledge or context of what they are sharing.

One of the biggest pieces of misinformation that has been spread is the link between autism and vaccines. While the link between vaccinating children and autism has been thoroughly debunked (one study had 95,000 participants), many still believe that there is a link. Celebrities such as actor Jim Carrey and model Jenny McCarthy are at the forefront of the anti-vaccination movement, and their influence allows misinformation regarding autism and vaccines to continue.

It has even gotten to the point where several children were infected with measles at Disneylandbecause of parents’ refusal to vaccinate their children. The Center for Disease Control and Prevention (CDC) reported that measles was eliminated from the United States in 2000, yet 644 people were infected in 2014, showing that misinformation on social media might play a part in parents refusing to vaccinate their kids.

Doctors have been split on whether or not to be active on social media—some say that it’s a waste of time, citing that there is no return on investment and significant burnout, while others believe social media can be the tool to help patients to become healthier and also stop misinformation from spreading online. “Studies suggest that patients forget more than 50 percent of what they are told in the doctor’s office. Add to that misremembering or misinterpretation, and the information holes grow even larger,” said Dr. Howard Luks, Chief of Sports Medicine and Arthroscopy at University Orthopedics, PC and Westchester Medical Center on KevinMD, a popular medical blog.

Dr. Kathryn A. Hughes, a Massachusetts-based surgeon, used to be skeptical of doctors being active on social media, citing privacy concerns and professionalism. “Be mindful of privacy and HIPAA (Health Insurance Portability and Accountability Act, which governs patient privacy), and aware that content once posted can never really be deleted or retracted. Be careful that private and professional content do not mix, although the reality is that there really isn’t any such thing as truly private content,” she said.

Dr. Hughes also said that doctors being active on social media can also create a community of professionals where doctors can share information with one another and work together. “I also see social media as part of the solution to reestablish this sense of community and collegiality among doctors. Technology and the platforms being developed and tailored to physicians may re-create that space, where communication and collaboration can grow,” she added.

Lawmakers are also assisting doctors in their fight against medical misinformation. California’s SB 277, which effectively removes the parents’ ability to claim “personal belief” exemptions to vaccination requirements at schools, was passed as a reaction to the measles outbreak at Disneyland. While part of the measles outbreak could be blamed on misinformation being spread on social media, doctors could have taken charge and refuted anti-vaccination groups more actively online.

“Times are changing. Change happens all the time, all around, inside and out. It is random, with no direction, both good and bad, like genetic mutations. This is our opportunity to engage and participate, to direct the change, and to make it progress,” said Dr. Hughes.

Sourced through Scoop.it from: thetoggle.com