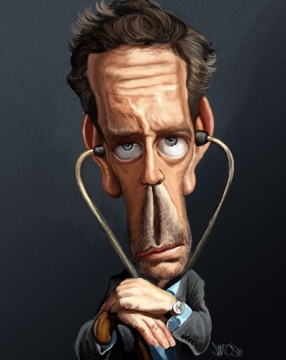 Anne Marie Cunningham has an excellent post on her blog today on physician burnout and it raises an interesting question.While we encourage patients to tell their stories through blogs and other social media sites, is it appropriate for doctors and other healthcare professionals to follow suit?

Cole and Carlin (2009) write in the Lancet, that burnout is “also a euphemism for what many physicians experience as a crisis of meaning and identity”. One of the solutions is for doctors to be able to tell their stories and to be compassionately and non-judgementally listened to. Can social media have a role in this?

It’s an interesting question and while Anne Marie cites Jonny Tomlinson’s blog and his latest post on the impact that loneliness can have on patients as a positive example, she also points to the satirical The Moderate Doctor as one that raises questions about the appropriateness of doctors using social media.

The Moderate Doctor is a new website based on The Rules:

The Rules have come together to try to identify some of the difficulties we face as doctors during the consultation. They have helped me identify some of the blocks and frustrations that we may all face when consulting-whilst at the same time trying to acknowledge the patient’s agenda. The difficult bit is recognising that and still providing good, effective medical care.

This all seems quite laudable but the problem as identified by Anne Marie is that the site appears to be aimed at ” bonding with other doctors through joking about their patients”.  However, Anne Marie writes that it wasn’t clear that the focus of the joke was the doctor and that made some people feel uncomfortable.

In online social networks, the lines between public and private, personal and professional are blurred. The issue here is one of perception and while we encourage doctors to share their human side and their personality, those who do so also risk exposing themselves to accusations of arrogance and lack of empathy. While Dr Moderate’s blog may have been tongue in cheek and intended for an audience of like-minded doctors,  what you publish online is widely accessible and also open to patients to read, comment and form their own opinions on.

I was struck by a comment on Anne Marie’s blog which summed up what many patients will have thought reading The Moderate Doctor blog:

I noticed on Twitter that many doctors think that writing The Rules is an acceptable way to behave, using the usual bully’s tropes “It’s only a joke” and anyone who has a problem with The Rules “lacks a sense of humour”. One day these doctors too will be sick, vulnerable and in need. Let’s hope for their sake that they don’t encounter a Dr Moderate in their time of need.

In the recently published RCGP social media guidelines it is noted that one of the risks associated with social media participation by doctors  is the risk of engaging in behaviour which could be perceived as “unprofessional, inappropriate or offensive by others” .  While Anne Marie writes that Dr Moderate doesn’t breach any  guidelines with respect to breaking patient confidentiality, I wonder does it breach a more intangible code of professional ethics? I would love to hear your thoughts on this discussion. For me it highlights that we still have a way to go when it comes to defining professional use of social media.