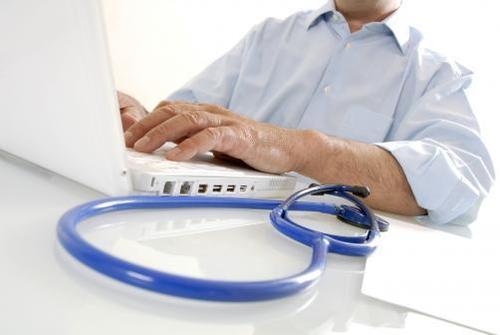 While most industries today collect data – a lot of data – the healthcare industry may take the proverbial cake when it comes to the amount of potential data to collect. Think about it: given that science had now decoded the human genome, every patient walks into the front door of a doctor’s office, clinic or hospital automatically carrying about a terabyte of data before any patient history is even taken or physical examination is begun.

Beyond the codes contained in a patient’s body or the background contained in his or her medical history, or the images that can be captured via x-rays, CT scans, PET scans and MRIs, there is a plethora of other information that can be added to the “big data” pile, according to Frank X. Speidel, MD, writing for HIT Consultant.

“Beyond clinical, physiologic metrics, we ought also to capture the data of all that affects the patient,” writes Speidel. “Much of this expanded data will be unstructured such as is present in social network data set or quantified but predicted such as weather reports and pollen counts.”

Speidel recounts the story of two college students who presented to a hospital where he once worked as an emergency physician with lesions characteristic of meningococcemia. In an era before social media, university officials had to painstakingly piece together the students’ movements and activities over the past several days in order to determine whom the students had had close personal contact with.

“Flash forward to 2013,” writes Dr. Speidel. “Given the same presentation of two college students with meningococcemia, how much improved would our care be if we had access to their Twitter and Facebook data as we sought to identify those who had close contact with the students?”

Public health officials have already begun to tap social media as an excellent tool for tracking disease outbreaks. This, of course, raises privacy issues, which are much on the nation’s mind since the revelations about the NSA’s data tracking.

“There’s a challenge here in that some of these [data] systems are tightening in terms of access,” John Brownstein, director of the computational epidemiology group at Children’s Hospital Boston and an associate professor of pediatrics at Harvard Medical School, told the NIH publication Environmental Health Perspectives. “But we are seeing a movement towards data philanthropy in that companies are looking for ways to release data for health research without risking privacy. And at the same time, government officials and institutions at all levels see the data’s value and potential.”

In the future, we might see ourselves signing waivers or addenda to our social media accounts indicating that it’s OK for health officials to mine our data for critical information in case of an outbreak or a pandemic. It’s one more element of “big data” that could ultimately be used to save lives.