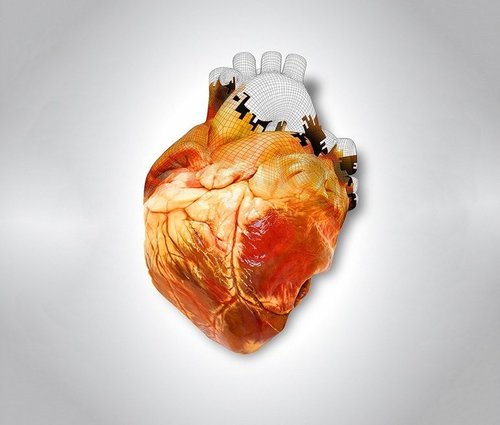 “A device the size of an espresso machine quietly whirs to life. The contraption isn’t filled with fresh, pungent grounds but, instead, spoonfuls of opaque, sterile goo. Its robotic arm moves briskly: It hovers, lowers, and then repositions a pair of syringes over six petri dishes. In short, rapid-fire bursts, they extrude the milky paste. Soon, three little hexagons form in each dish. After a few minutes, the hexagons grow to honeycomb structures the size of fingernails. No one here is getting a latte anytime soon.

The honeycombs are human livers, says Sharon Presnell, chief technology officer of Organovo—or at least the foundations of them. The tiny masterpieces of biomedical engineering are nearly identical to tissue samples from real human livers, and they are constructed from actual human cells. But instead of growing them, scientists in the gleaming, 15,000-square-foot headquarters of Organovo print them, just as they would a document. Or, more accurately, just as they’d print a scale model.

In two decades, 3-D printing has grown from a niche manufacturing process to a $2.7-billion industry, responsible for the fabrication of all sorts of things: toys, wristwatches, airplane parts, food. Now scientists are working to apply similar 3-D–printing technology to the field of medicine, accelerating an equally dramatic change. But it’s much different, and much easier, to print with plastic, metal, or chocolate than to print with living cells.”