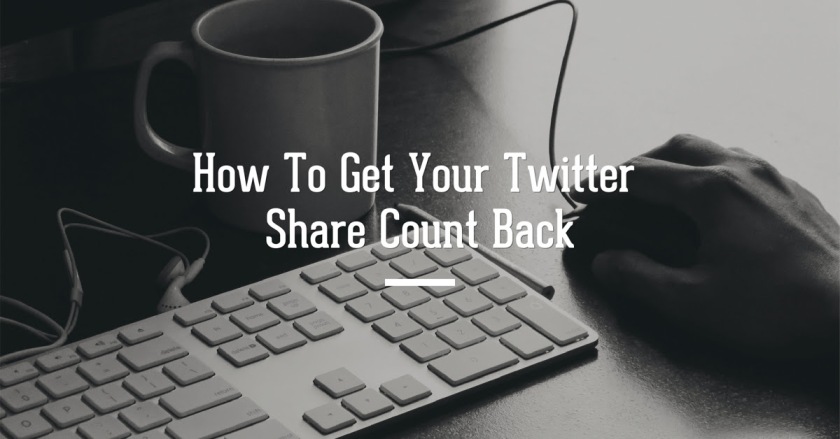 Late last year Twitter removed the share counter displayed alongside the Twitter icon on websites and blogs.  Why was this such a big deal? It mattered because in one move, Twitter destroyed a basic tenet of social proof.  For those players who can afford the premium service GNIP (owned by Twitter) this won’t be an issue, but it is a blow for those of us who operate on small social media budgets. With this change, Twitter has moved from its original premise of open sharing to one in which we will have to to “pay to play” if you want to compete on a level playing field.

But there’s good news! A service called New Share Counts promises to restore your Twitter count for free.  The service can only provide access to 7 days of Twitter history from the day you add your website to tracking. Shares that happened before might not be counted, but further shares are counted properly.

Read How To Get Your Twitter Share Count Back to find out how to register for and use the service.