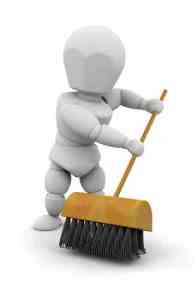 I tend to be quite selective when it comes to who I follow on Twitter. There is a school of social media thought, which says it is only good manners to follow someone back when they start to follow you. I’m not so sure I agree.  As in life, we won’t be compatible with everyone we meet online.  That’s not to say we shouldn’t give someone a fair chance, but if after a reasonable time, you haven’t built up some kind of engagement level with a follower then perhaps it is time to make a value judgement about what this person brings to your Twitter stream.

There is another school of thought which is all about the numbers game. The more followers you have, the better. I disagree. It is not about the quantity of your followers, but the quality of the engagement.

This past week I did a cull of those I follow and weeded out the folks who I’ve never engaged with, nor they with me. I stopped following those hit and run Twitter users – you know the type, they appear on your timeline, fill your feed with a rash of updates all at once and then disappear again until their next frenzied appearance, without ever really engaging.

My list of unfollows also included those tweeters who feel the need to retweet endless compliments about their services – I get it, people like you, but let me discover that for myself (in this case the polite thing to do is to thank the person who gives you the compliment in a DM or @user tweet and leave it there) and those who constantly importune all and sundry for retweets, shares and likes – if I like your content and it has value, I will happily reshare and comment on it without you having to ask me  (note: it is ok to ask for the occasional retweet or comment but only if you are sure it is something the other person will be genuinely interested in).

Now my list is a leaner one, but it is filled with people who I really learn something from and that I enjoy engaging with and who engage with me.  Sure, there are still some folks on my list who haven’t followed me, but I don’t think that not following someone is a good enough reason for me to unfollow them if their tweets have value for me. I don’t expect to be followed by everyone I follow. Equally if someone unfollows me, it is because our interests don’t match and they get no value from my tweets. That’s ok.

One last point, and I hope this doesn’t appear overly critical, but I really don’t care for those automated follow/unfollow tools. It feels like tweet-shaming when it calls out the names of those who have unfollowed you on Twitter. And I don’t get why you would want to broadcast how many people unfollowed you this week – as some automated services do on your behalf.  My advice is do it yourself – a robotic impersonal service cannot decide as well as you can what is valuable to you on Twitter.  There are some exceptions – a third part app like Commun.it will suggest names that you could consider unfollowing, based on their level of engagement. I click on the Twitter bio and if they haven’t tweeted in over 3 months, I tend to unfollow that account.

7 thoughts on “The reason why I unfollowed you on Twitter”