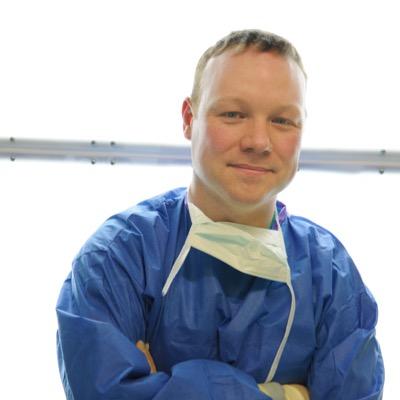 This week I caught up with Dr Richard Brady, advanced intestinal failure / abdominal wall reconstruction Fellow and owner of website and app development company Research Active, to find out more about the role social media plays in his work. 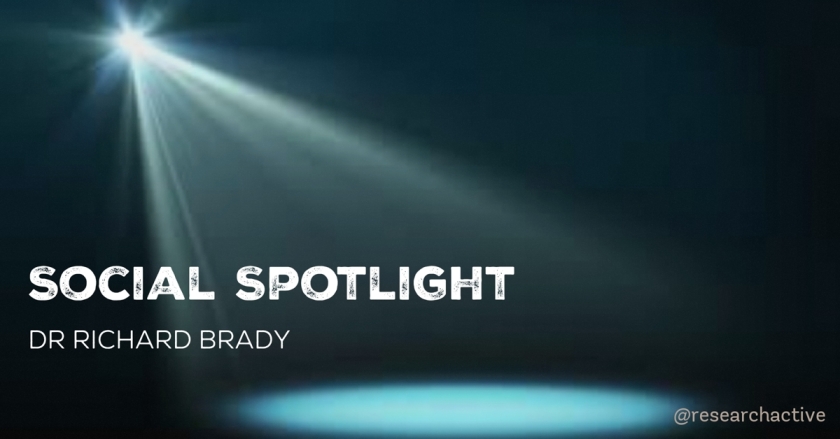 Hi Richard, I’m a keen follower of you on Twitter and I’m curious to know when did you start using social media?

RB: Strangely, although never really actually meaning to be, I’ve always found myself an early adopter and a “techie”. For me, social media is an obvious, rapid means to engage in global communication, keep up with events and developments within my interests and help to level the traditionally conservative hierarchical and cultural barriers to open and free information.

Very early on, I found that social media was remarkably absent of such barriers. There was a general willingness to learn, engage, support, grow and communicate by everyone, from medical student to professor. I was also really interested in the dynamics of this game-changing technology on the interactions and behaviours of surgical communities.

Since then, I have been performing research in the field, managing a range of social media accounts for medical businesses, giving advice and consultancy, and speaking regularly at conferences. It has certainly opened up a world of interest, fascination and opportunity for me.

I agree with you that social media breaks down traditional barriers. It’s one of the things that I have found most empowering about social media. Can you think back to what initially prompted your interest in social media?

RB: Twitter has opened so many personal opportunities for me, from job offers, to research, to consultancy, to invitations to speak at conferences and many, many more. I guess I’m keen, given so very many good things are happening out there, that other trainees and surgeons can experience the world of opportunity. I also think that the medium is a massive leveler; with open, free communication, no pay-walls, transparency, making distance an irrelevance and providing unedited, immediate and concise information. It transcends economics, background and borders, and with instant translators, language is no longer a barrier. It has the potential to connect surgery, speed up adoption of new techniques and disseminate good practice, like no other technology in history. The next 10 years will be an exciting time in surgical education.

Your enthusiasm for the future is infectious Richard! I’m curious to know of any projects you are currently involved with that leverage social media?

RB: I initially experimented with a LinkedIn group amongst surgical trainees. This was generally well supported but it was an eye-opener, resulting in a diversity of social media behaviours within a very focused user group of trainee surgeons, all of similar age and grade. From those who avidly shared far too much, to the deafening and inhibitory presence of silent lurkers, to the ultra-conservatives who refused to even join, warning others the sky would fall in! It was a good and early experience, but in retrospect, it was perhaps slightly ahead of its time and the cultural curve which existed then but it served as a useful experience.

Since then, as more medics have become comfortable with social media, Twitter has become an amazing medium for highlighting and sharing high quality information quickly and efficiently. Those who have engaged with this platform have gained access to the immediate and intimate opinions of experts, news and developments from the best centres, societies and associations, and I have been struck by the frequency by which these interactions have forged friendships, projects and collaborations in the real world.

I’ve also undertaken and written a number of studies in which we have investigated contemporary social media usage in specific specialties, including colorectal, vascular, and hernia surgery, and others which are due to be published. Recently, social media has been the link within a number of projects I am involved in, where Twitter is used as the medium of choice between massive numbers of collaborators.

Just 12 weeks ago, a number of colorectal surgeons formed an informal campaign to assist those with an interest in finding information relevant to the specialty, by using the hashtag “#colorectalsurgery” in Twitter posts related to this subject. After lots of word of mouth and following a collaborative multimedia video campaign to encourage more understanding, we have gathered more than 20 million impressions/views on over 6000 tweets, involving nearly 1000 different people on the #colorectalsurgery hashtag.

Whilst acknowledging that social media is clearly not for anyone, the next stage is to encourage those who are “offline” and haven’t quite realised its potential, with an education campaign through traditional means and surgical associations. Indeed, many associations have shown interest in getting involved.

It’s really interesting to hear about how you are using Twitter as a collaboration tool. Of all the many social platforms out there, which do you enjoy using the most?

RB: Undoubtedly Twitter – conversation is focused (in its 140 character limits) and by its nature is less formal, easy to understand and highly collaborative. It also has its own particular brand of humour and culture – some of which takes a little getting used to.

Twitter is my favourite too. I see it as THE place for  healthcare conversations. Which topics particularly interest you?  Do you take part in any specific twitter chats?

RB: I have a keen interest in medical technology and mobile apps and have spoken widely on regulation and potential dangers within this field. There are often mobile health chats that are very interesting to engage with. In colorectal surgery there are a series of professional “Twitter chats” planned in the coming year and I look forward to either being involved or watching their progress. The key will be to provide a supportive atmosphere and encourage a diverse and enthusiastic engagement and conversation.

I know you are keen to get more healthcare professionals involved in social media. What advice would you give someone just starting out on social media?

Don’t expect results immediately, and have patience – it takes time to learn the language and culture of social media and build strong connections. I also really like the 12 words of advice from Farris Timimi MD, the medical director for the Mayo Clinic Center For Social Media, “Don’t lie, don’t pry, don’t cheat, can’t delete, don’t steal, don’t reveal”. Stay true to this and you will rarely go wrong.

A favourite and one I think is relevant here, attributed to Grace Murray Hopper is

“The most dangerous phrase in the language is “we’ve always done it this way!”

I think this applies equally to surgery, the NHS, and innovators everywhere.

Thanks Richard for taking the time to share so generously with us your thoughts on using social media in your work. It’s been illuminating and inspiring.