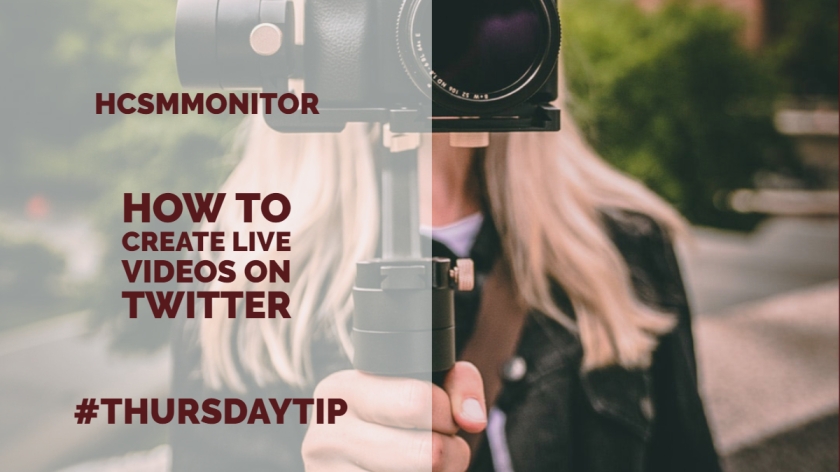 Welcome to this week’s social media quick tip.  This week I want to show you how to create live videos on Twitter.

With the announcement of its new live-streaming option, which will enable users to add audio-only guests into their streams, I thought it might be helpful to go through the steps needed to create live videos on Twitter. I’ve also included  instructions on how to add a guest to your broadcast and how to share your video with followers.

How to start a live video

How to end a live video

You can end a live video at any time by pressing the Stop button on the top left and confirming your action in the menu that comes up. Your live videos will automatically be posted as a Tweet when you go live. You can also save your live video right to your device’s camera roll at the end of your live video by tapping Save to camera roll.

How to add a guest to live video

When enabled, viewers of the live broadcast can request to join as a guest. Up to 3 guests can participate in a live broadcast at one time. Broadcasters can choose to turn off the camera, and participate as audio only. Guests will participate with audio, and can be heard by all viewers.

To start a live broadcast with guests:

To join a live broadcast as a guest

To leave the broadcast as a guest

From the live video or replay full-screen mode, click or tap the share icon then choose between the following options:

How to edit your videos

In the Twitter for iOS and Android apps, you can change the title, thumbnail image, and set a custom starting point after ending a broadcast. To get started, tap on the broadcast you’d like to edit. Tap on the overflow menu, then tap the Edit Broadcast option. Once you make your changes you’ll be prompted to save.

Keep in mind that broadcast titles can only be edited up to three times. Additionally, it will take up to 15 minutes for edits to appear in Twitter, and up to a minute for them to appear in Periscope.

Here’s to your social media success!