Facebook has reached a new milestone: there are now 2 billion people connecting and building communities on Facebook every month.

Last week Facebook hosted its first-ever Facebook Communities Summit where Mark Zuckerberg announced a new mission for Facebook “Give people the power to build community and bring the world closer together”.

With this mission in mind, Facebook announced some new features to help group admins grow and manage their communities on Facebook.

In addition to these updates, Facebook is testing group-to -group linking, which allows group admins to recommend similar or related groups to their members.

Do you run a Facebook group?  Have you noticed any of these changes yet? Which new feature do you think will be the most useful to you?

Obesity is a big problem that needs big solutions, and Facebook may be coming to the rescue.

Consumer behavior is changing and social media is becoming increasingly relevant for individuals and organizations.

As the social media landscape expands and evolves, Facebook maintains its leadership despite IPO pains and mobile weakness.

Twitter at #2 is becoming a curator and potential media company while Google+ is becoming Google’s SoLoMo layer.

Newer players differentiate and create niches of their own, or seek exits. Despite the “success” of social media, public market investors are skeptical but social media’s impact on human behavior is undeniable.

Mobile is becoming the “first screen,” SoLoMo is growing in adoption, influence and importance and the SMMS industry is consolidating. Social media, and social advertising, is no longer a playground but a priority for major brands.

While marketers continue to experiment, efforts are much more strategic and studies are starting to show connections between leveraging social paid, promoted, owned and earned media, and changes in purchase intent. Ultimately, the social media opportunity lies in enhanced customer experiences.

Note: This  presentation is a 2012 mid-year update to the original “State of Social” presentation by Esteban Contreras.

Following on the heels of Facebook’s enabling its users to share their organ donation status, the social networking site has teamed up with GE Healthcare to launch a new health app –  HealthyShare.

The app, the launch of which coincides with the start of the London 2012 Olympics,  allows people add health and fitness goals to their timelines, and includes a range of fitness and diet challenges.  Leveraging the popularity of health apps and fitness trackers such as MapMyRun, the new Facebook app also features workouts sponsored by Olympians Michael Johnson and Summer Sanders and Olympic hopefuls Kevin Durant and Alex Morgan.

One-third of consumers use sites such as Facebook, Twitter, YouTube and online forums to find health-related information, track symptoms and broadcast their thoughts about doctors, drugs, treatments, medical devices and health plans says a recent report by the Health Research Institute (HRI) at PricewaterhouseCoopers (PwC) US. 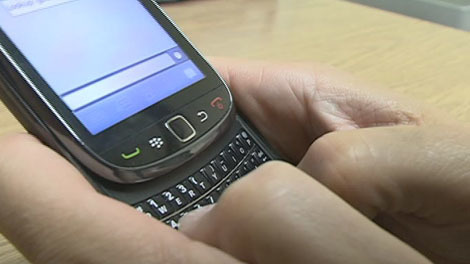 A new breed of physicians is texting health messages to patients, tracking disease trends on Twitter, identifying medical problems on Facebook pages and communicating with patients through email.